Here are the 15 startups admitted to 2011 Venture Camp

Here are the 15 startups admitted to 2011 Venture Camp 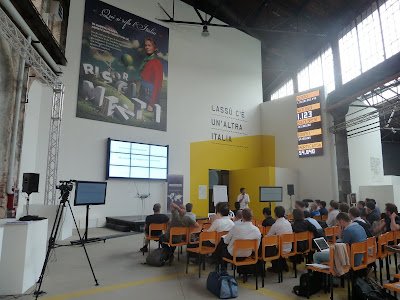 Here we are. After collecting the feedback from all the Instructors @ MtB Boot Camp in Turin, our Selection Committee has finally completed its job. They had a hard time to pick-up the best 15… since all the 29 startups we selected for the Boot Camp in Turin were actually very good. But a choice has to be made. And, most of the time, it is a tougher to say no than yes…

Below you can find the list of the 15 startups admitted to pitch at the Venture Camp in November (Milan @ Corriere della Sera). The final ranking merges the original evaluation from the desk analysis and the qualitative analisys we performed during the 3-day Boot Camp we organized last week.

Kudos to the selected startups but also to those that did not make it: you are good, tune a bit your business plan and never give up! We are working to organize an event dedicated to you as well as a subset of the startups that have not been admitted to the Boot Camp. We are confident that some of them have a great potential and can be the next protagonists! We are going to work with you guys…